The path we take now alters the possibilities available to us: samples imagine possible futures.

Climate or geoengineering covers a multitude of scientific fields, from carbon capture and ocean deacidification to solar radiation management, amongst others. A complicated web of entangled systems where small changes can have an unexpected knock on effect elsewhere, making it difficult to know which path is the best one to choose. 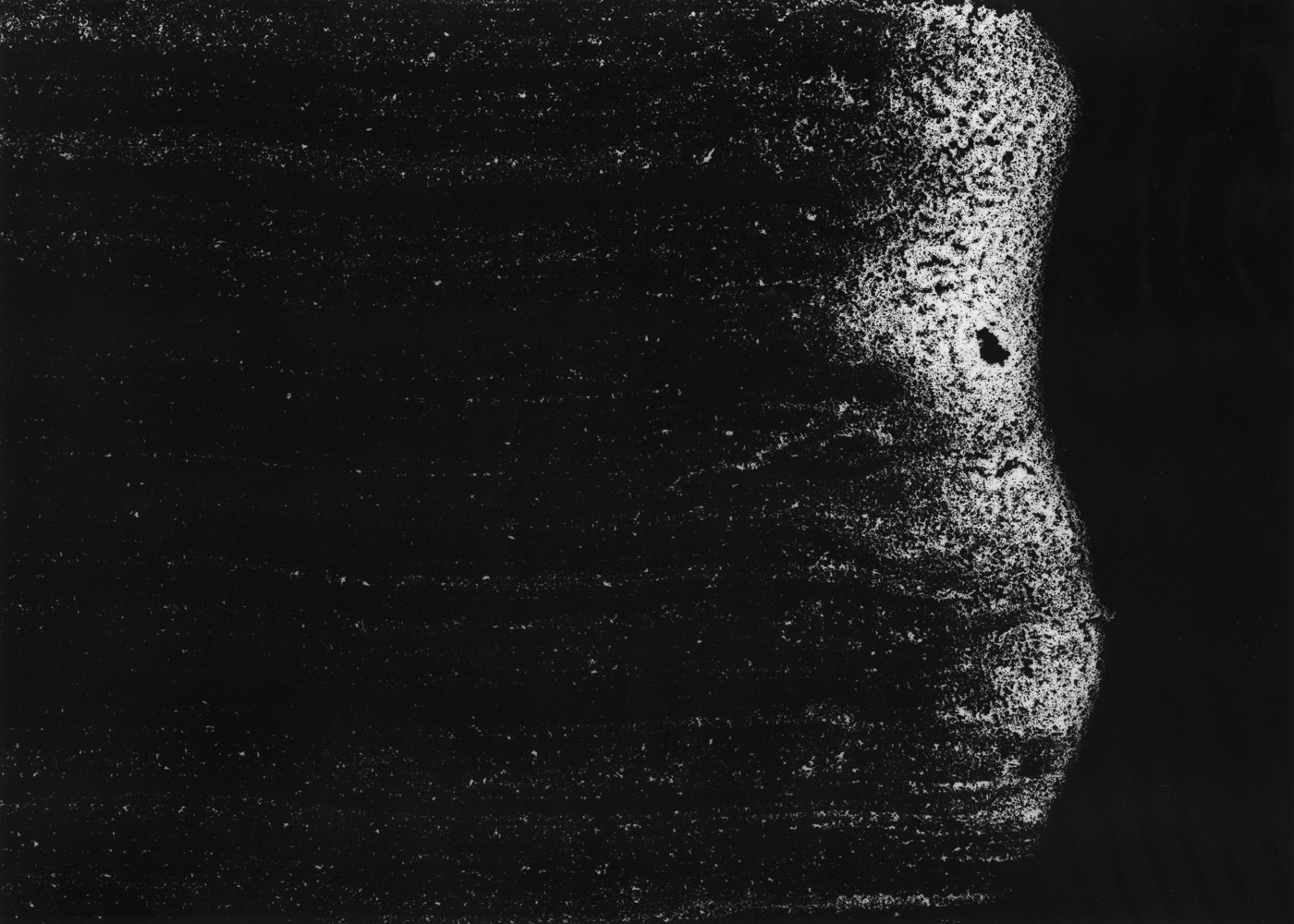 Carbon by itself is not a terrible thing, we wouldn’t exist without it. Humans, however, have been pumping gigatons of carbon dioxide into our atmosphere every year, upsetting the climate balance and causing dramatic and untold effects. We need to repair our climate for our planet to be habitable for many species, not just humans.

At what point does it become severe enough that we need to take drastic action on a global scale?
Who decides?
Is this a direction we even want to consider for the future?
What happens when it’s too late?
Rather than trying to give answers, I hope to prompt further questions. 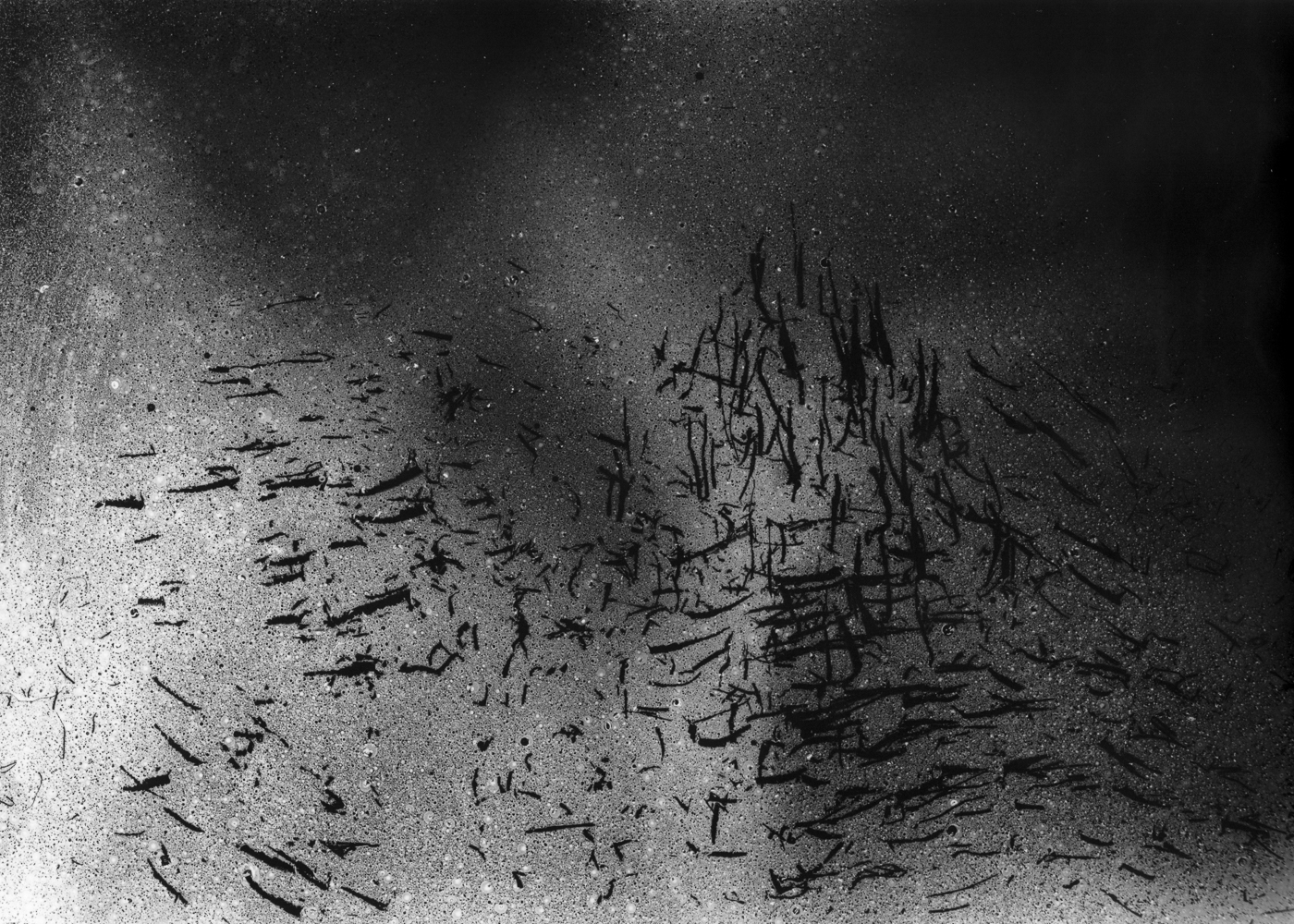 Solar radiation management could be just one part of the puzzle, where the amount of sunlight reaching the earth is altered on a local or global scale to promote climate cooling. One method of doing this might be to release particles into the upper atmosphere which reflect sunlight back out into space, mimicking the effect of large volcanic eruptions in lowering the average global temperature (but without the lava). Of course, this is not without its downsides. 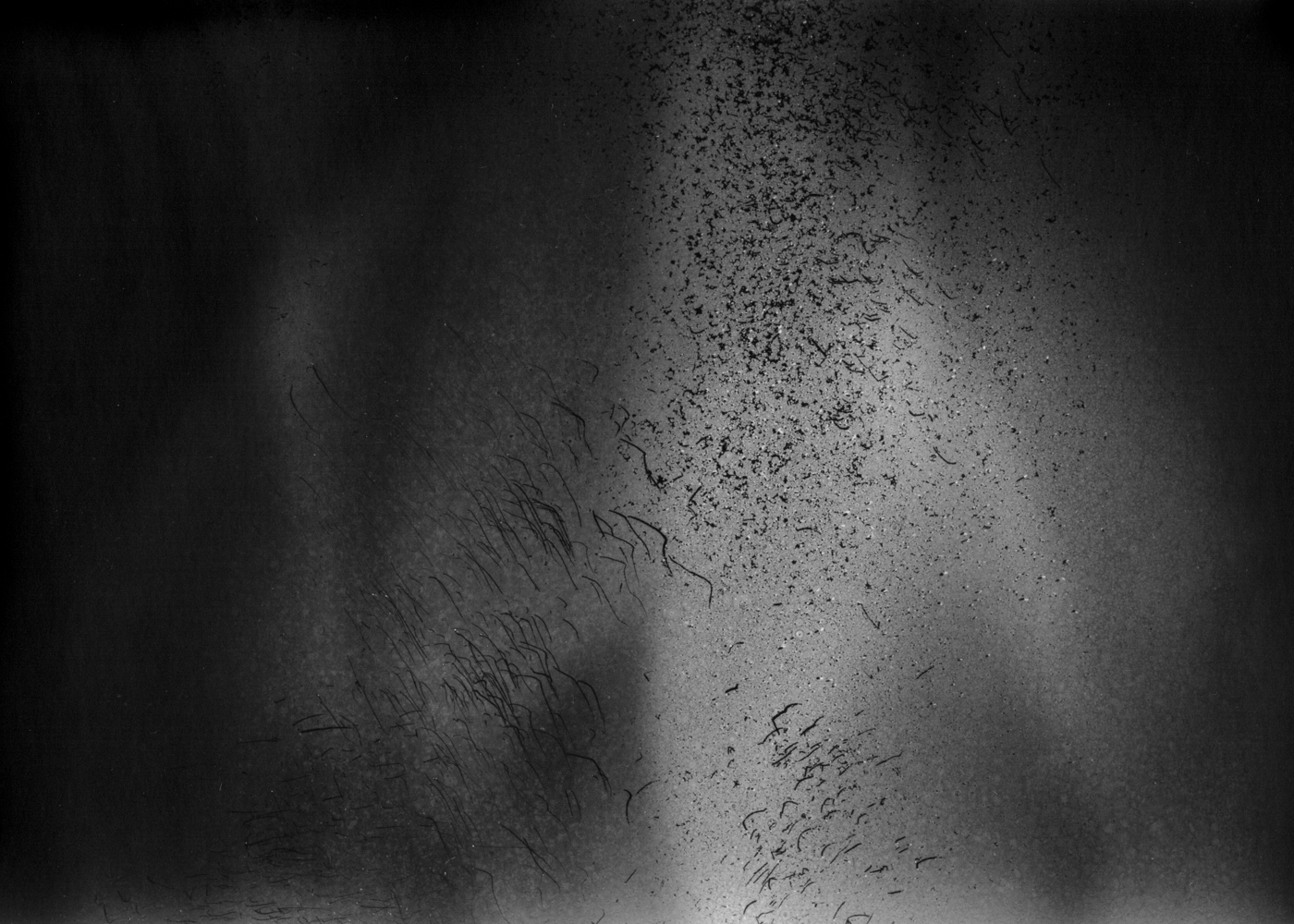 If research into solar geoengineering isn’t started now, it won’t be ready just in case it’s needed to hold off a climate emergency. If it is started now, the idea that we have a backup plan may be used to prolong other harmful practices towards the climate.

Whilst researching this topic thoughts of particle clouds, of dancing solar winds, of sediment abandoned by retreating glaciers went through my mind; from minute specks of dust to a macro view of the changing landscape from high above. 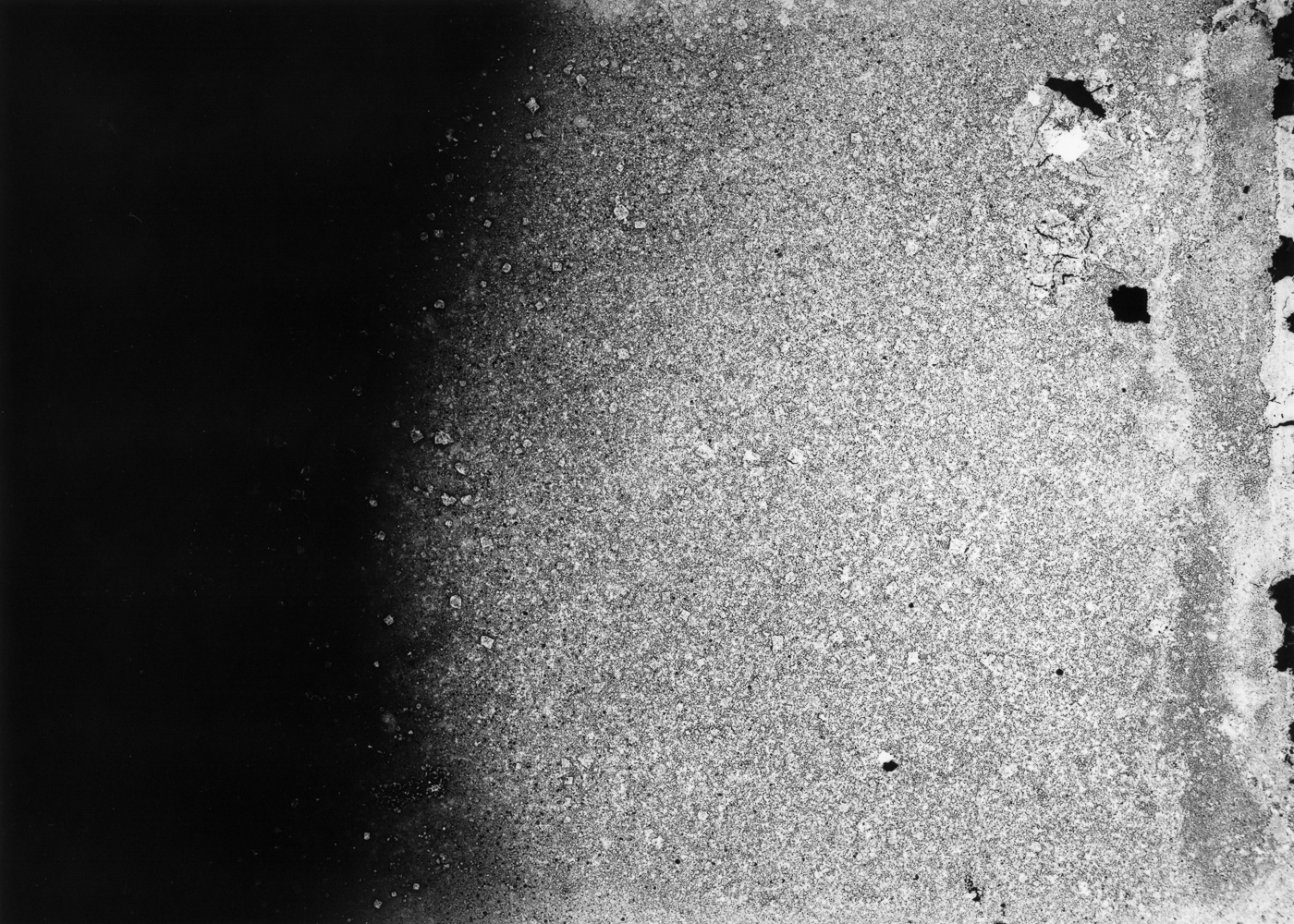 I collected my own samples of carbon and other traces on glass microscope slides for further examination. The cliché-verre technique was used to expose the samples onto fibre-based silver gelatin photographic paper, making visible the usually unseen. The video and images above show a selection of these samples.